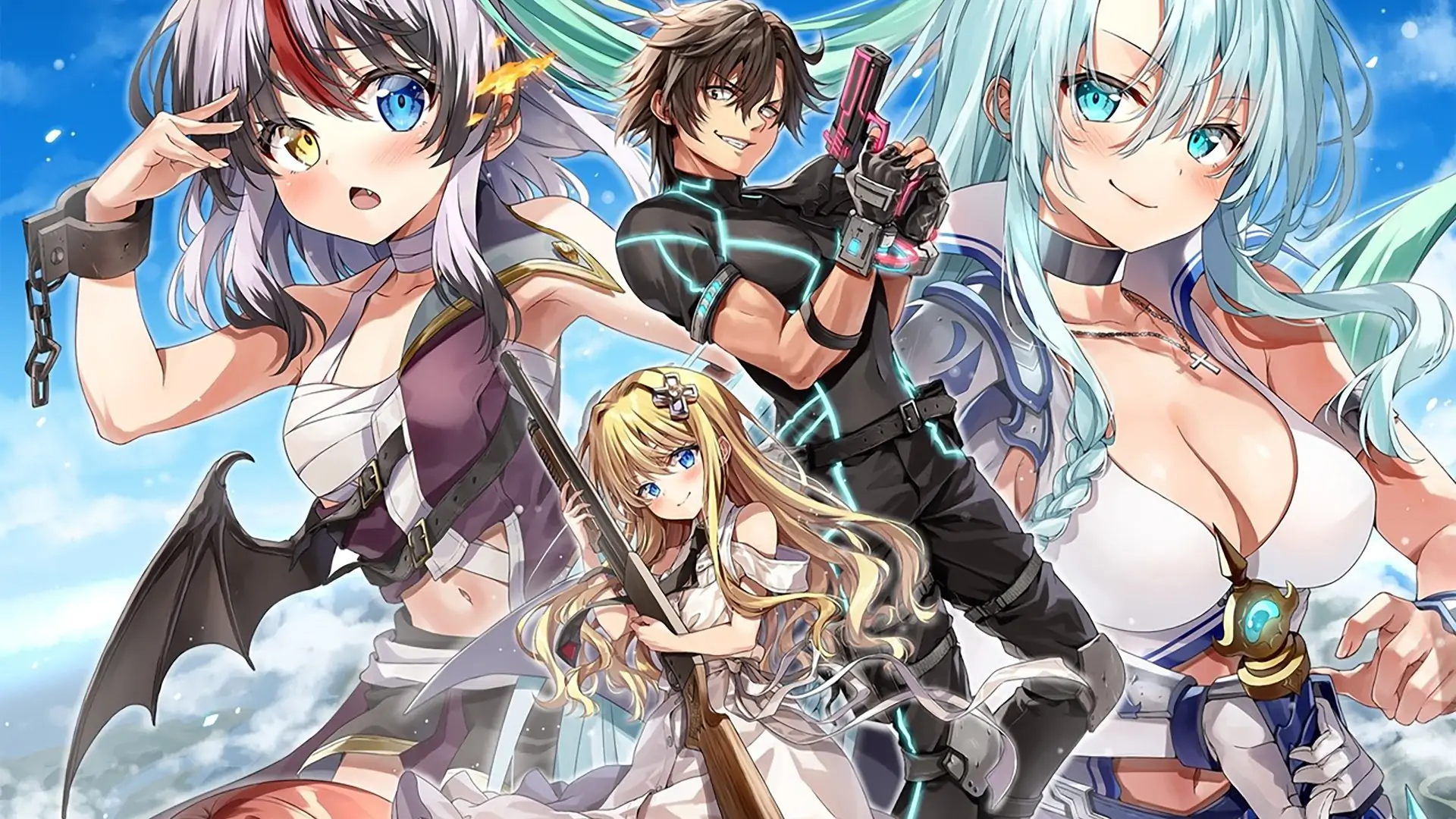 Sentouin, Hakenshimasu! otherwise known as Combatants Will Be Dispatched is a comedy, action, fantasy series. What is notable and garnered attention to this show is the fact the original manga was written by Natsume Akatsuki; the creator of the hit series Konasuba. Personally, I enjoyed Konasuba and upon hearing of the release of this series I was looking forward to giving it a go.

Combatants Will Be Dispatched does share some similarities with Konasuba as both series parody the isekai, fantasy genre although in the case of the former I would say it is more a parody of fantasy. This comes from the fact that our main protag Sentouin aka Agent Six works for the evil Kisaragi corporation that seeks to claim domination of every planet in the galaxy. So instead of saving the planet he is there to subjugate the world to the evil Kisaragi corporation muhahah.

However, do not take this premise to mean that this is primarily a story driven series. For the most the plot of domination is there to provide a backdrop for the characters and their various shenanigans. The main thrust of Combatants Will Be Dispatched is the wacky and quite frankly dysfunctional cast who even by themselves are a source of comedy. We have the aloof and cynical cyborg loli Alice. The power-hungry Snow. The innocent food junkie Rose and the dramatic but utterly useless Grimm. All the characters are memorable in their own ways and they all have their moments particularly Rose and Snow.

The issue I did have is the group do lack a sense of genuine chemistry and whilst their rag tag nature of the group is supposed to be part of the charm, I did feel at times this lack of cohesion did make it a bit harder to believe the sudden change in behaviour when the group suddenly got together during the more climatic moments. The inter character interactions and jokes between the bunch is a bit of hit and miss affair and whilst there were certainly funny moments to be had it was not uncommon for jokes to fall flat. For what is worth I felt the second half was funnier and generally better than the first half of the series.

What should be said is that Combatants Will Be Dispatched has quite a lot of fanservice. This fanservice will extend to the various secondary characters such as Sentouin’s bosses, Lilith and in particularly Astaroth and Belial who seem to exist purely to provide a source of fanservice. For what’s it is worth if you like fanservice then this will be a big plus. If you do not like fanservice then it could detract from the overall enjoyment of the series.

In addition to fanservice we get a lot of jokes that are subtle (and not so subtle) sexual innuendo. This is a constant theme and primary source of many gags. You see, Sentouin is a pervert and likes to fondle various girls and does not really discriminate. From princess to demon there nothing he won't touch! However, like a reflection of his clumsy game, there are lot of misses and only a few hits in this area. What’s more due to the nature of the jokes particularly a gag found right at the end I can see some people not being amused. If you are a person who is not a fan of sexual perversion and jokes involving fondling then you should avoid this series.

The animation in Combatants Will Be Dispatched is actually pretty good and does maintain a good standard throughout. It is not stunning but I did not see any significant drops in animation quality. For those people who like fanservice you should be pleased to know it delivers on the scenes that matter. The opening and ending tracks are both solid so in the technical standpoint and OP/ED it actually does quite well. Excuse the poor videos and hack job in the links; it was harder to find the opening and ending videos!

Combatants Will Be Dispatched - Opening.mkv

Combatants Will Be Dispatched - Ending.mkv

To summarise my review, I would say this series whilst decent is not of the same calibre of Konasuba. If you like fanservice and are not phased by the edgy sexual jokes which I will stress can be quite crude then you will enjoy this. For most other people including some of the Konasuba community this will be a disappointment. One key element that could make or break your experience is your feelings towards Sentouin. On this regard I will need to make it abundantly clear, and I know I repeat myself but I repeat for emphasis: Sentouin is a pervert and his perversion can often go veer into the juvenile territory. The series tries to brush this off as him trying to get evil points but I never thought he was actually evil and was more of anti-social low-level delinquent (which in fairness is probably an intention move by the creators). It won’t take long to discover if you like him, an episode or two will be suffice. There is not much character development in Combatants Will Be Dispatched so what you see is what you get.

Story 6 – The season has various arcs and what it is more the conclusion ends in a satisfactory manner but I feel the characters and overall comedy was the main driver of Combatants Will Be Dispatched and not the plot.

Characters 7 – Individually the characters are funny and charming but the overall chemistry is a bit weak. I think Sentouin will be a divisive figure and I can see people either loving or hating him.

Animation 7 – Solid but not spectacular it remains a consistent quality throughout the series and delivers during the fanservice scenes. Good opening and endings.

Overall 7 – Has its moments but the jokes can be hit and miss. Is decent but not a series I will remember years in the future. If you are not into fanservice or sexual gags then avoid. If unsure then watching an episode or two will give a good indicator of whether this series is for you.
Last edited: Jul 28, 2021
Click to expand...