Review Prequel watch - Evangelion: 1.11 You Are (Not) Alone

In the this part of the prequal series I will look into the first Evangelion Rebuild movie; Evangelion 1.11 You Are (Not) Alone. Released in 2007 this was supposed to be a reboot of the original Neon Genesis Evangelion. The production values in this series was outstanding and even the original movie is stunning to this day. Whilst the first two movies broadly followed the original anime series the last two take the series into entirely new territory. 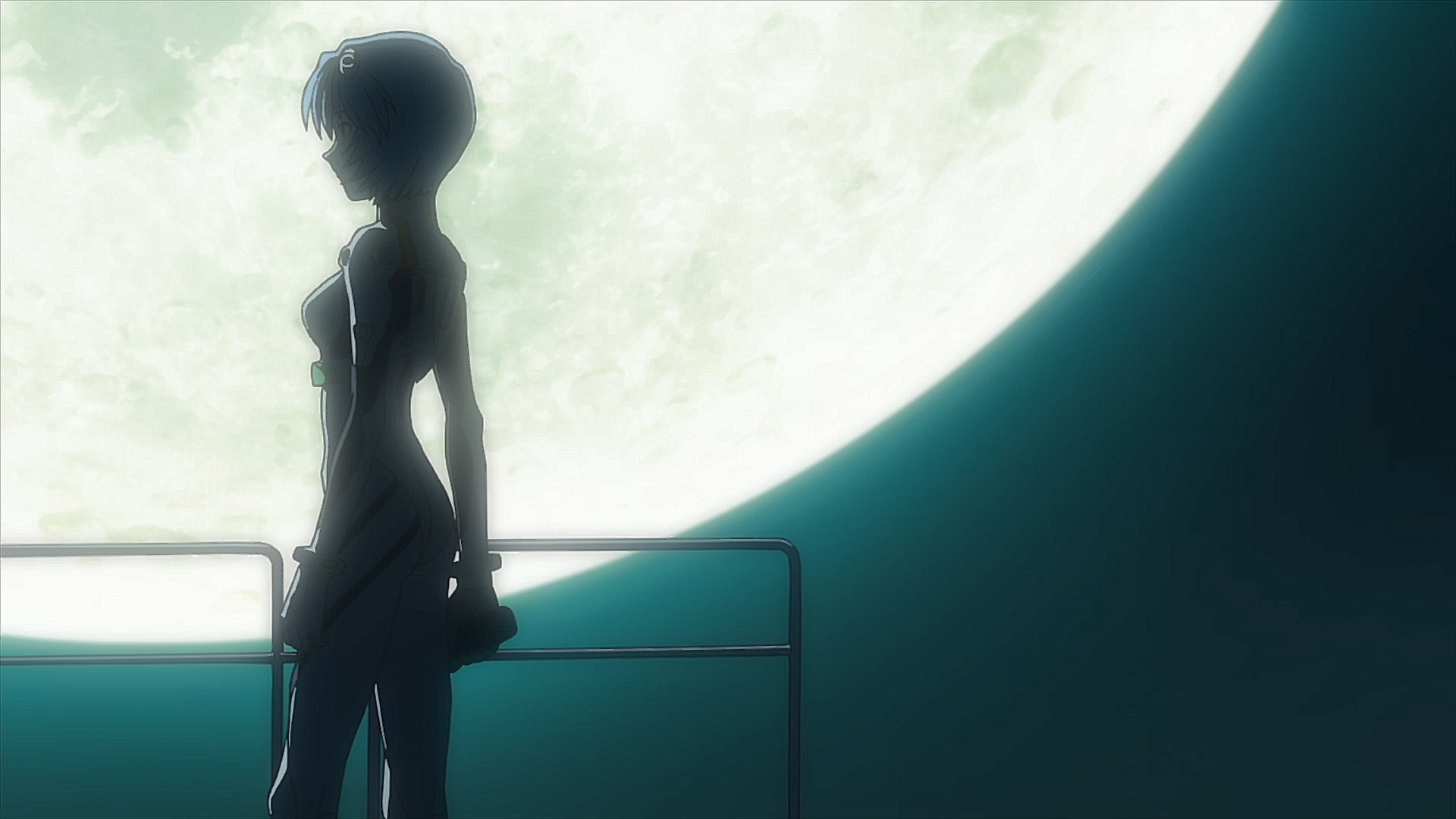 Evangelion: 1.0 You Are (Not) Alone also known as Evangelion Shin Gekijouban is a psychological mecha film that had its original theatrical release on 1st September 2007. You are Are (Not) Alone is the first film in the Evangelion Rebuild tetralogy movie series with the others being Evangelion: 2.0 You Can (Not) Advance which was released in 2009. The third film; Evangelion: 3.0 You Can (Not) Redo came out in 2012 while the final movie Evangelion: 3.0+1.0 Thrice Upon a Time hit theatres in March 2021. For this review I will be watching the uncut 1.11 You Are Not Alone version of the movie that has two minutes of additional of footage. As far I am aware those two minutes do NOT add anything substantial to the overall story.

You Are Not Alone starts at the same point as the original Neon Genesis Evangelion series with Shinji Ikari just arriving in Tokyo-3. Moments after his arrival, he is attacked by a giant monster called an angel that is impervious to conventional weapons. Saved in the nick of time by Misato Katsuragi, his commanding officer, he is taken to an underground military base. From there Shinji is thrust into the spot light as he must pilot an Evangelion unit, a secret weapon that is the only means of defeating the angel.

For those who watched the original series all this will be familiar ground. Indeed, the movie is essentially a retelling of the first six episodes of the original Neon Genesis Evangelion series. The same three angels in that show feature here with Sachiel, Shamshel and Ramiel all making their appearances. 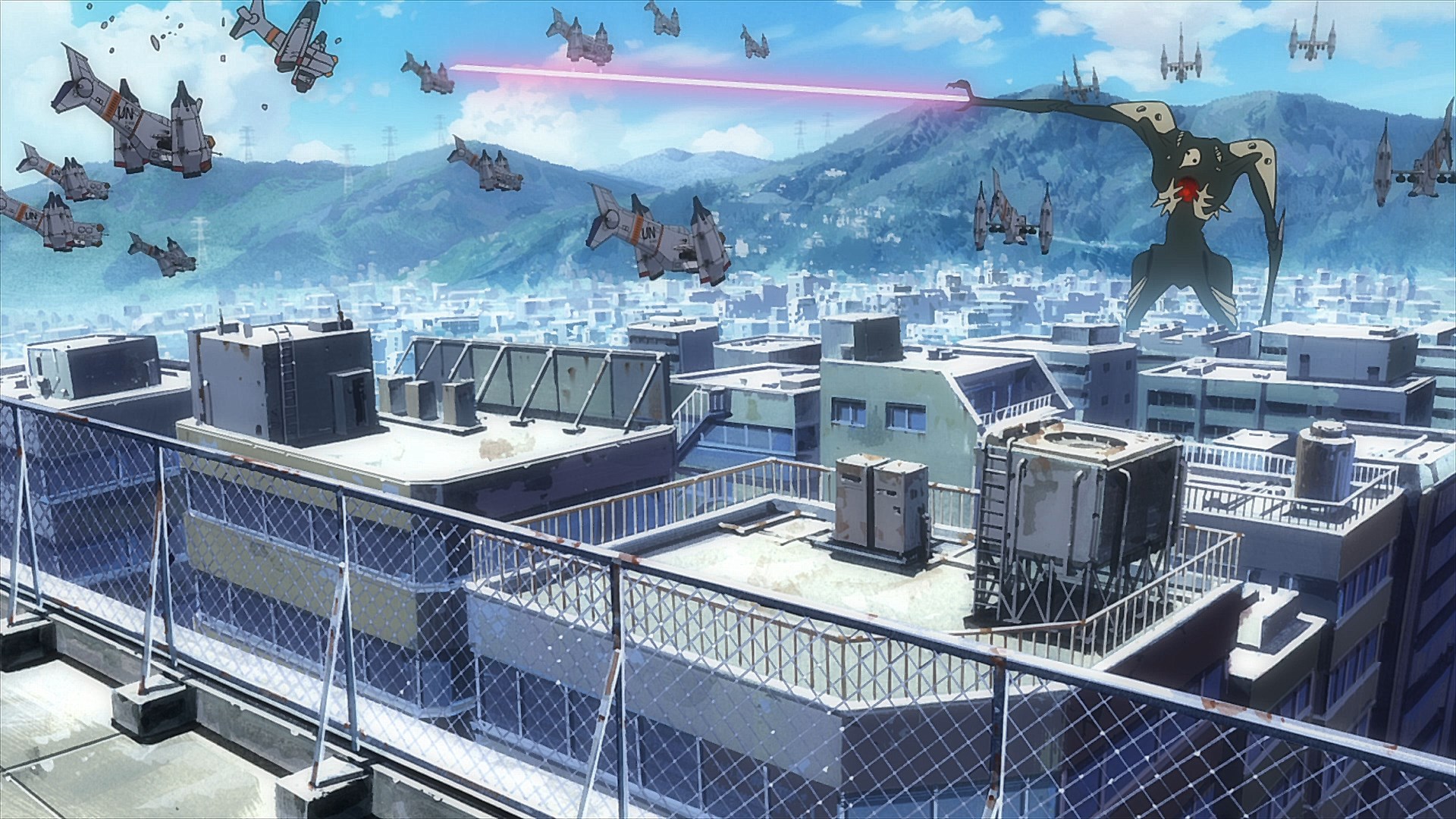 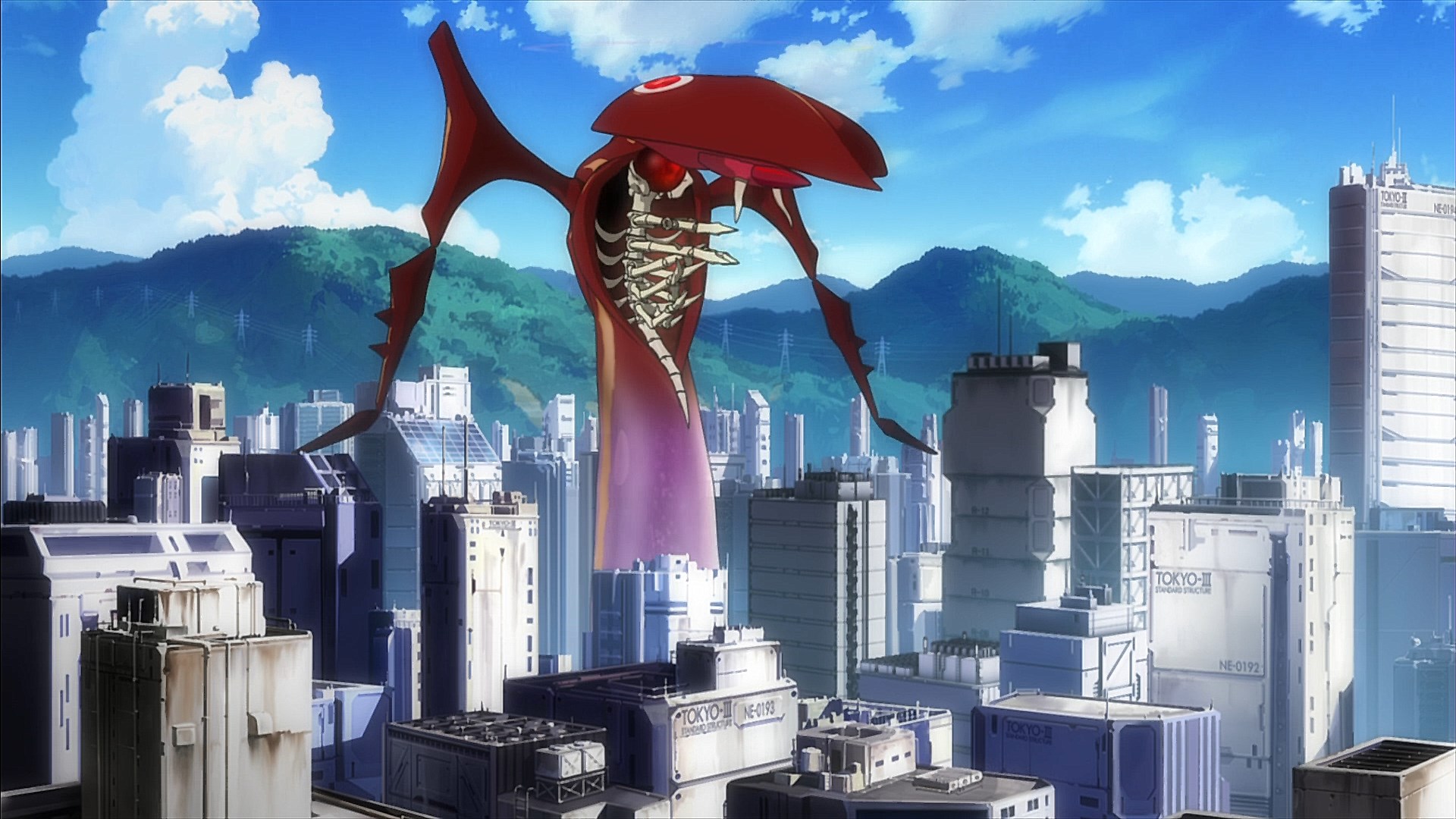 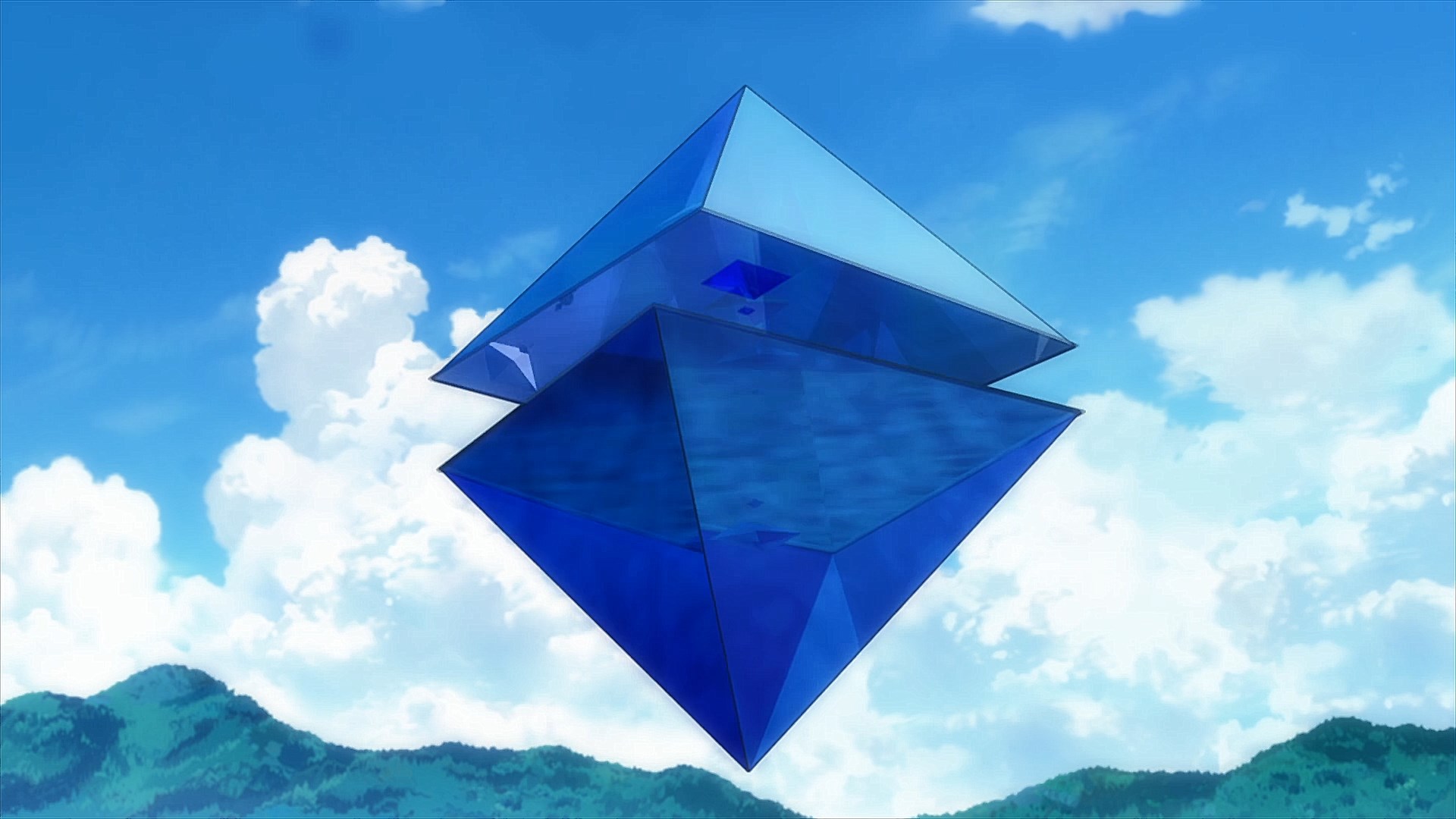 The battles play out in a very similar fashion to the main show but as these were enjoyable anyway, fans and newcomers alike will enjoy those encounters. What is more, the quality of the animation is substantially better this time meaning the experiences of those action scenes are heightened. For those new to the series all the angels behave in distinctly different ways so there is no sense of repetition and all the battles will keep you engrossed. This is especially true for the final battle which is definitely the most dramatic in the movie.

With this being a movie some content from the original series has been sacrificed to accommodate the action scenes. The interludes between the fights are reduced so less time is devoted towards character development. On the surface this may sound like a negative point but the editing has been done with skill and finesse. Enough content is retained so we can get a good understanding about the psyche of our main characters and only the less important irrelevant scenes have been cut out. By removing the less relevant scenes that don’t add much substance the movie has managed to maintain a sense of tension and suspense that was largely lost in the main series which had an excessive amount of character exposition.

The only thing that works against these cuts is that pre-battle briefs are reduced or even eliminated leaving us largely in the dark about what will happen. This, at times, can work in the movies favour as it gives battles a certain surprise factor as we are not privy to the original fight plans. However, this is not the case in the final Ramiel encounter as fairly important details were removed resulting in some of the tension and drama being lost. Still, despite that minor shortcoming the fight still manages to deliver for the most part so this is not a major gripe. It just could have been better and more dramatic had they kept those points in. 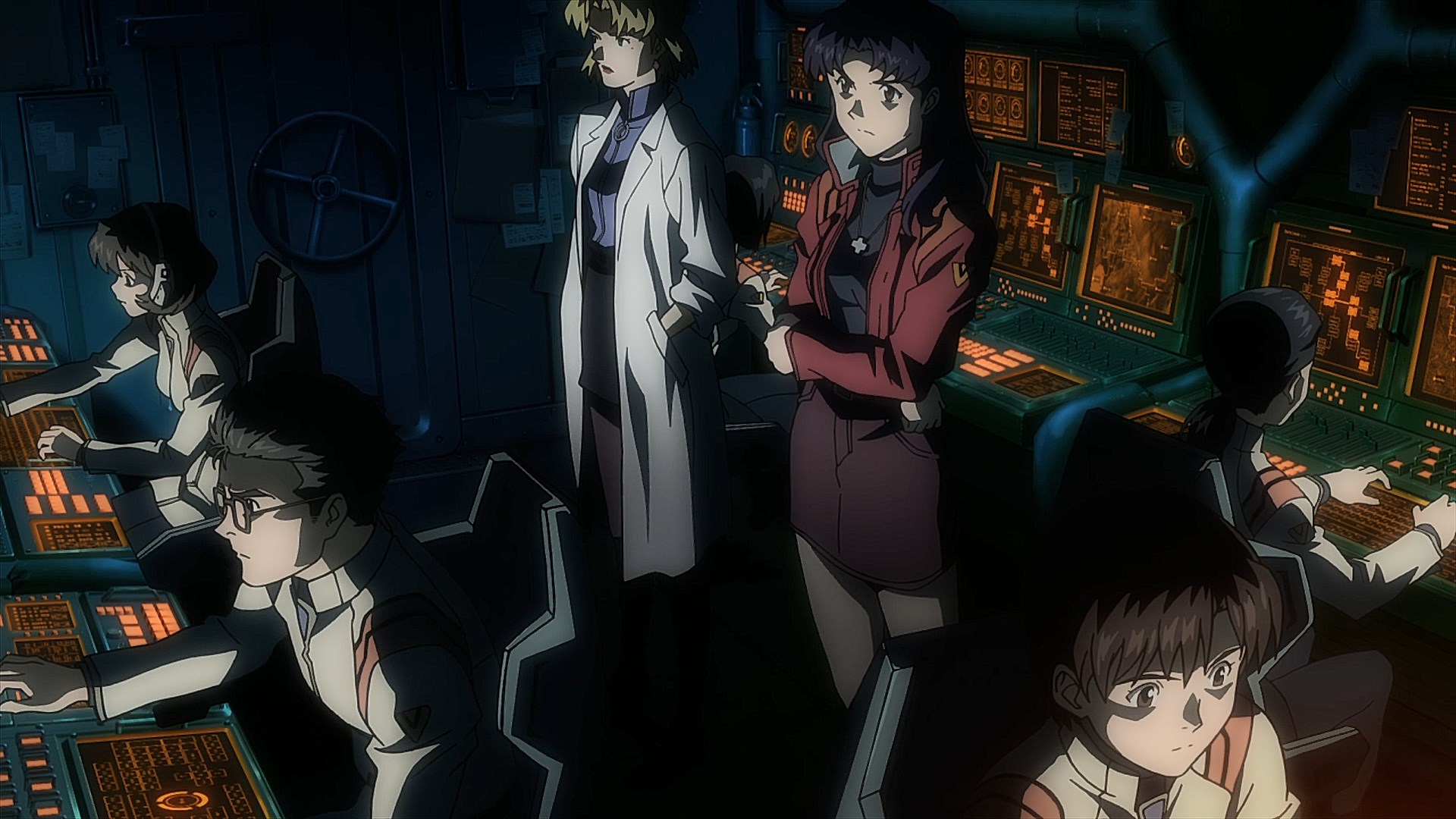 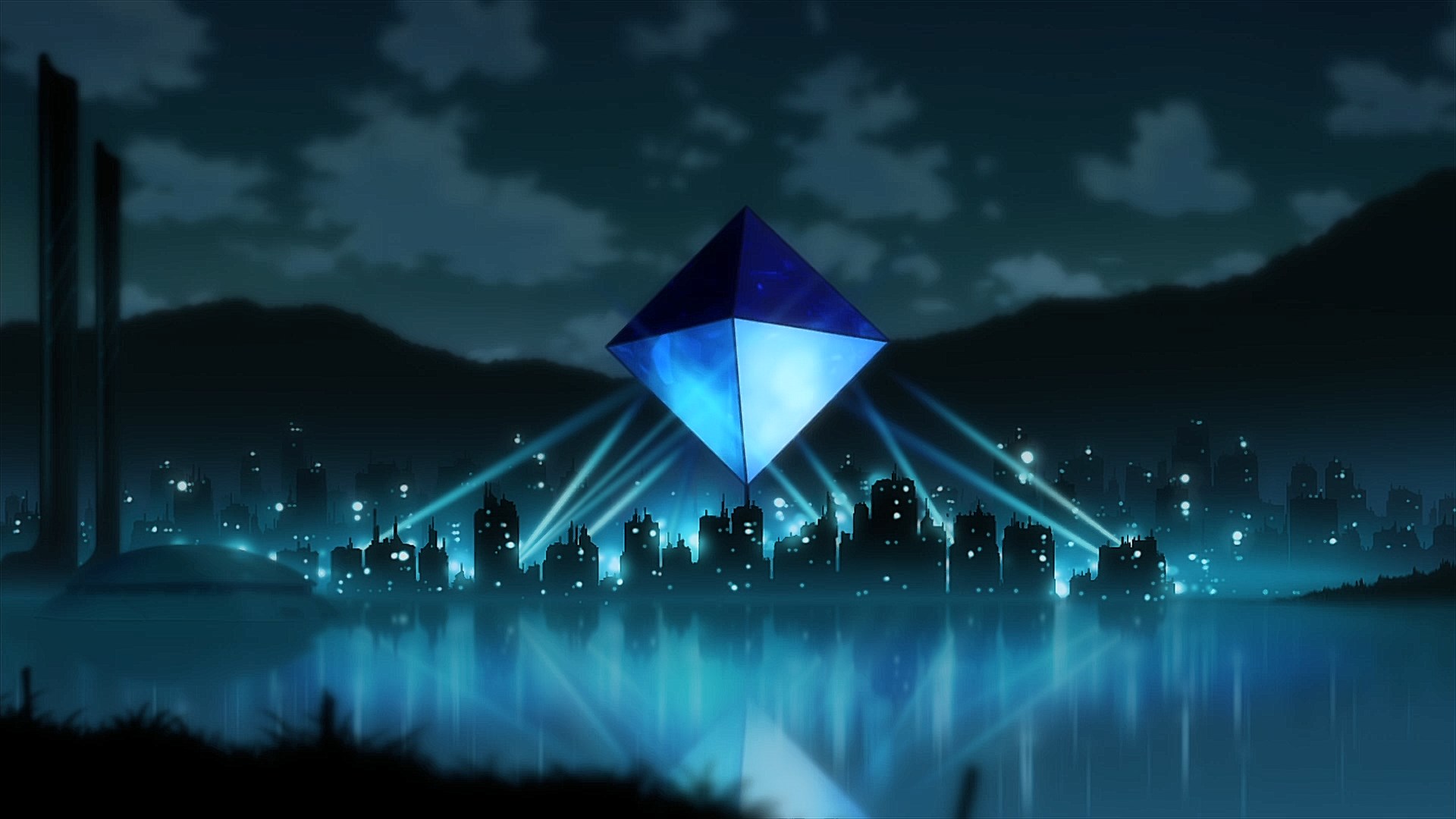 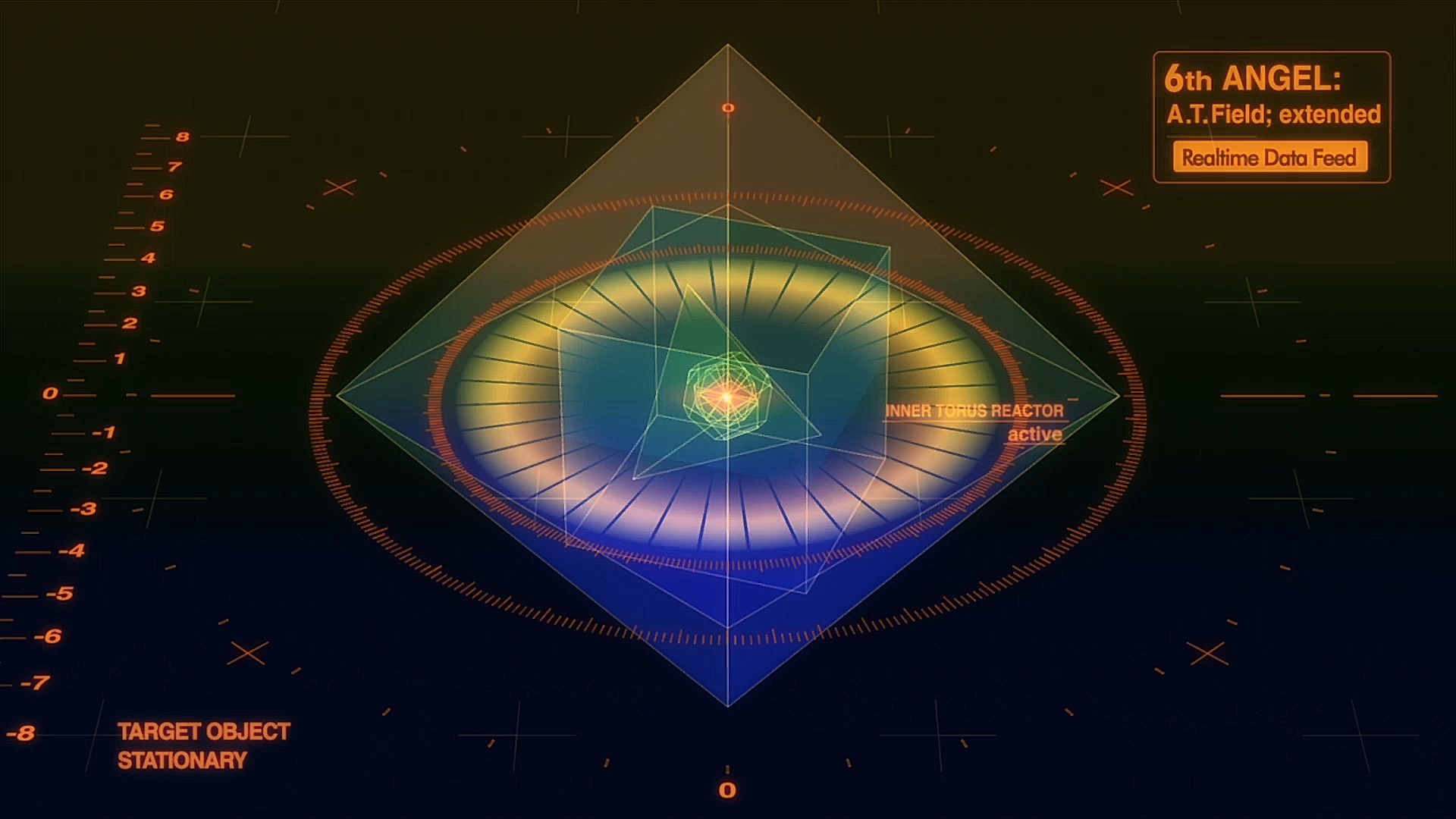 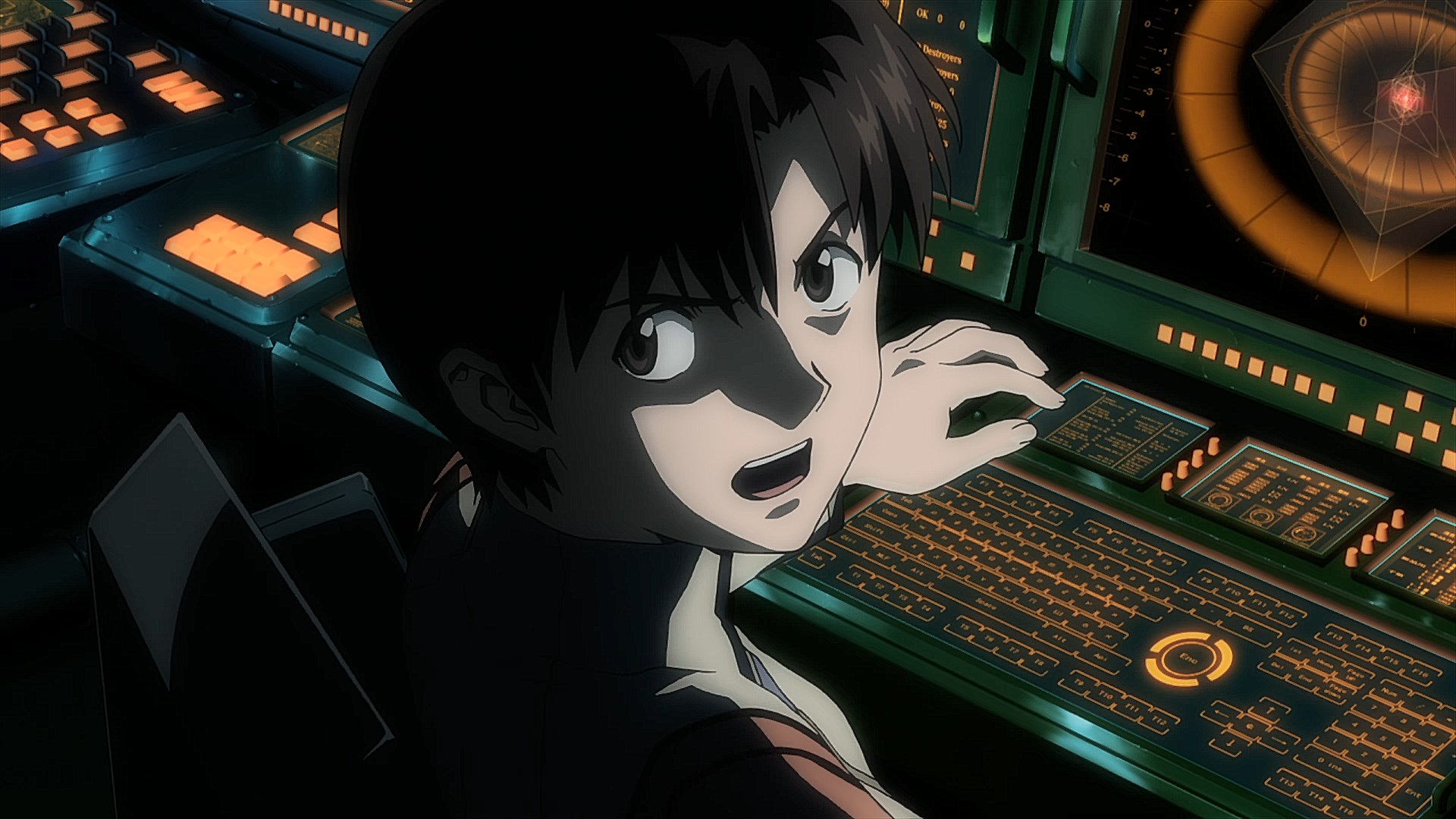 Judging character development for You Are (Not) Alone is a tricky affair considering my prior knowledge of the characters makes it easy to give a higher score than is warranted for the character category. Judging the movie purely on its own merits I would say that the main character, Shinji gets enough time for even newcomers to understand his personality and relationships to other characters. Shinji is not a conventional character and neither is he a two-dimensional cut-out. That doesn’t necessarily mean he is likeable as I am sure newcomers and seasoned veterans alike will likely find Shinji a difficult person to watch. Rei Ayanami remains an enigma while Misato and Ritsuko Akagi plus Gendou Ikari all have their distinct personalities. They are fleshed out and while their motivations are not really made clear they are hinted at through various points of the movie. In all character development is fairly solid so the depth provided here should be enough to keep newcomers interested. For veterans though no new ground is uncovered.

Animation for rebuild is just that; a rebuild of the original series. Comparing this film to the anime series is like night and day. The quality of animation in this movie is so much better and more consistent with less obvious drops. This maybe expected in a movie but this goes beyond the usual movie polish. It is like watching how Evangelion was meant to be without budget constraints. This last point is particularly poignant considering the original Evangelion series was severely hampered with budgeting issues particularly at the shows end.

There are some CG scenes that but those are not noticeable as it is largely limited to buildings in Tokyo-3 and large machinery. I also really liked the ending credits song “Beautiful World” by Utada Hikaru.


Overall, You Are (Not) Alone is a very solid entry for the Rebuild movie series for newcomers and Evangelion viewers alike. Newcomers will be able to grasp the important points of the characters personality and storyline of the original series. What is more with the great editing work much of the fluff that the original series had was scrapped meaning that all the tension and drama is maintained. This was an issue in the beginning of the original series.

For people who watched Neon Genesis Evangelion the animation in this movie is reason enough to watch it. The battles were good before but with the enhanced animation techniques deployed we get to enjoy those scenes as they were meant to be. The early episode lull that plagued the original show is eliminated making this a more enjoyable experience. It is for those reasons that I would recommend this movie to most anime viewers. The only people who should shy away are people who have a distain for mecha shows.

Story 8 – Action scenes are well done and they are all different so there is no feeling of repetition. Whilst nothing is made completely clear, hints are made at hidden motives which gives something for viewers to chew on for the next instalment. Good editing work means viewers will be engaged throughout the movies running.

Characters 7 – All characters are given screentime so we understand their personalities. None of them fall into the standard anime tropes. They are all unique. Some sacrifices are made in this area to accommodate all the action and drama. The character of Shinji may also prove annoying to some.

Animation 10 – Strongest point of the movie and is perhaps reason enough to watch this movie. Viewers of the old series will certainly appreciate it. The in-battle music we came to enjoy from the original returns whilst the ending credits music was also very good.

Overall 8.5 – Very good movie for old and newcomers alike. Both audiences will benefit from watching this movie for various reasons. The animation is better, the pacing improved and the characters people know and loved are all there. One can only hope that the sequel can build on this very promising start. 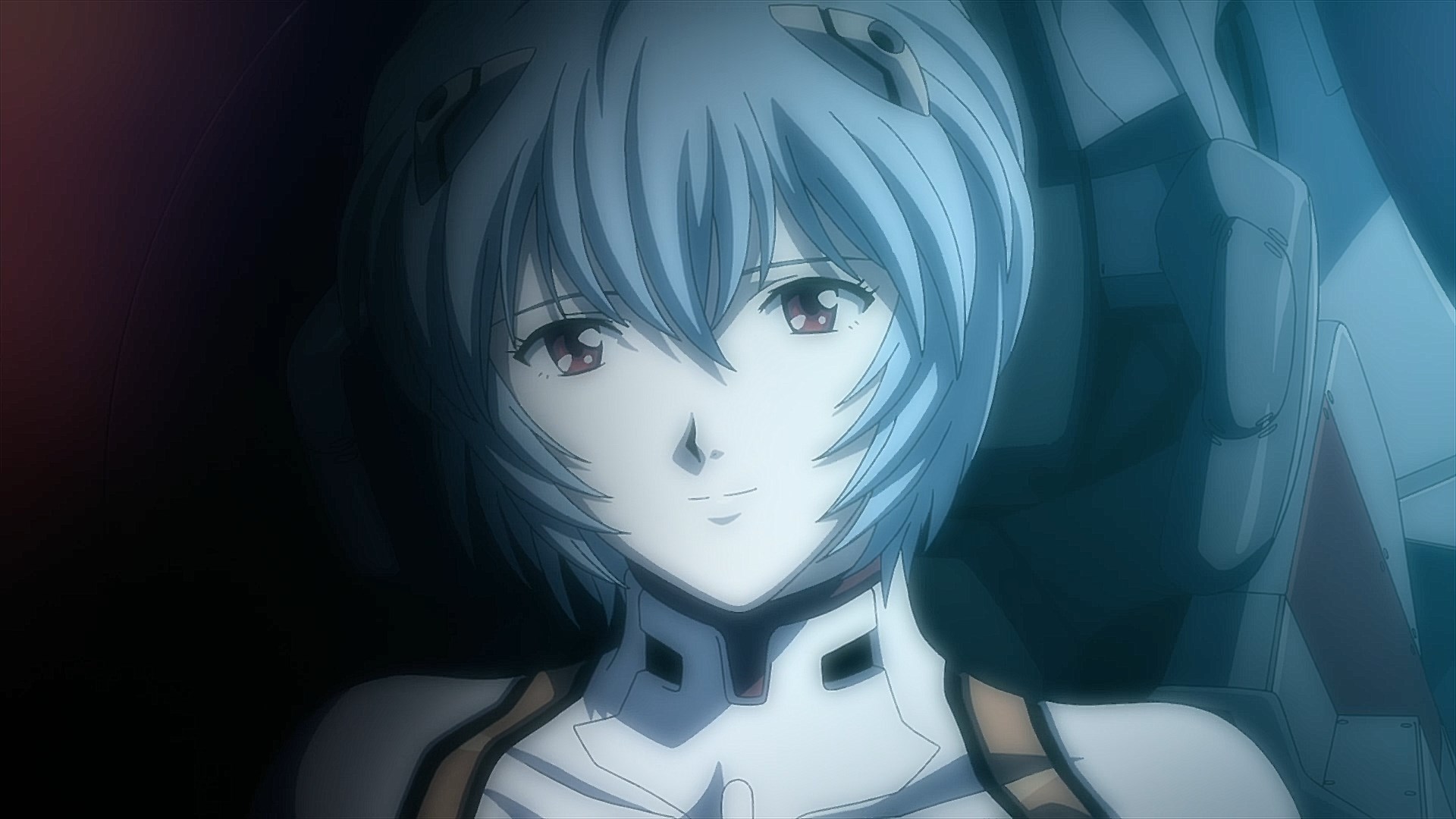 Due to the quality of animation on offer I would recommend you take a deep dive on the Evangelion: 1.11 You Are (Not) Alone gallery: 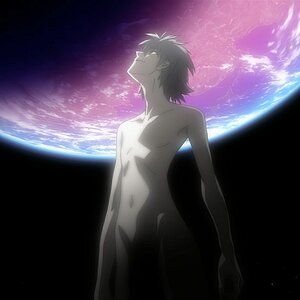 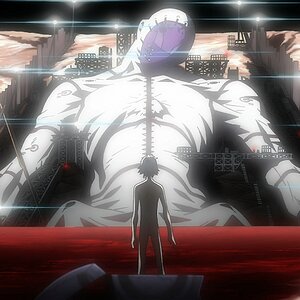 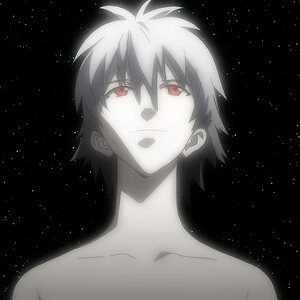 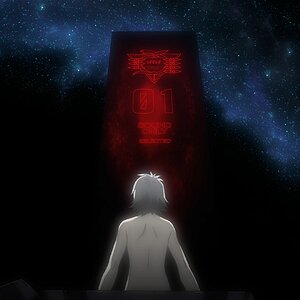 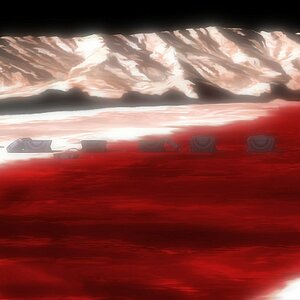 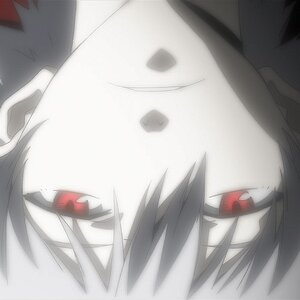 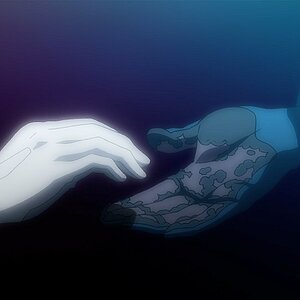 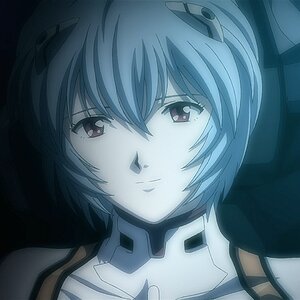 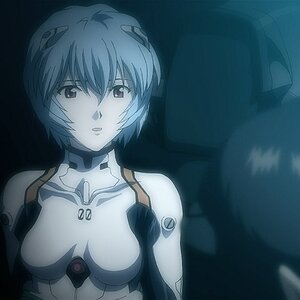